Skip To Content
Home
News
Media
Magazine
Podcast
Film
Blogs
Articles
Biomedicine
Biology
Physics
Technology
Society
About
Sitting is not so pretty
A long-term study on the associations between sedentary behaviour and mortality has suggested that the amount of time people spend sitting down has an effect on their lifespan that is independent of the amount of physical exercise they take. 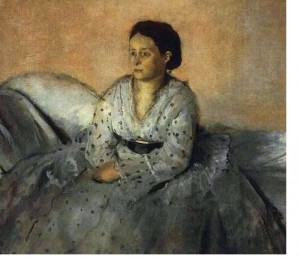 We all know that staying active is good for us, but how much and how often should we exercise to ward off heart disease and other health issues later in life? An epidemiological study involving over 17,000 Canadian adults has put an interesting new perspective on the issue [1]

. The volunteers were followed over a 12-year period and were grouped into four classes according to their average daily sitting time. At the end of the study period, the highest death rates were found in obese people who sit still for long periods, as expected. But a more subtle and surprising relationship was revealed: there was a dose-response association between sitting time and mortality, which was independent of the amount of daily exercise taken. This finding held true even when corrected for other factors including body mass index, gender, age, and smoking habits. Thus, it appears that long periods of sitting pose significant health risks, even in otherwise active people.

The results of the Canadian study are supported by a growing body of research indicating that even short periods of muscle inactivity are associated with profound metabolic changes. However, the good news is that researchers believe frequent low-level activity throughout the day, even simply getting up and making a cup of tea, is enough to prevent such harmful changes. These findings suggest that a fundamental re-think of public health advice may be due: maintaining constant light activity throughout the day is just as important as more athletic pursuits.