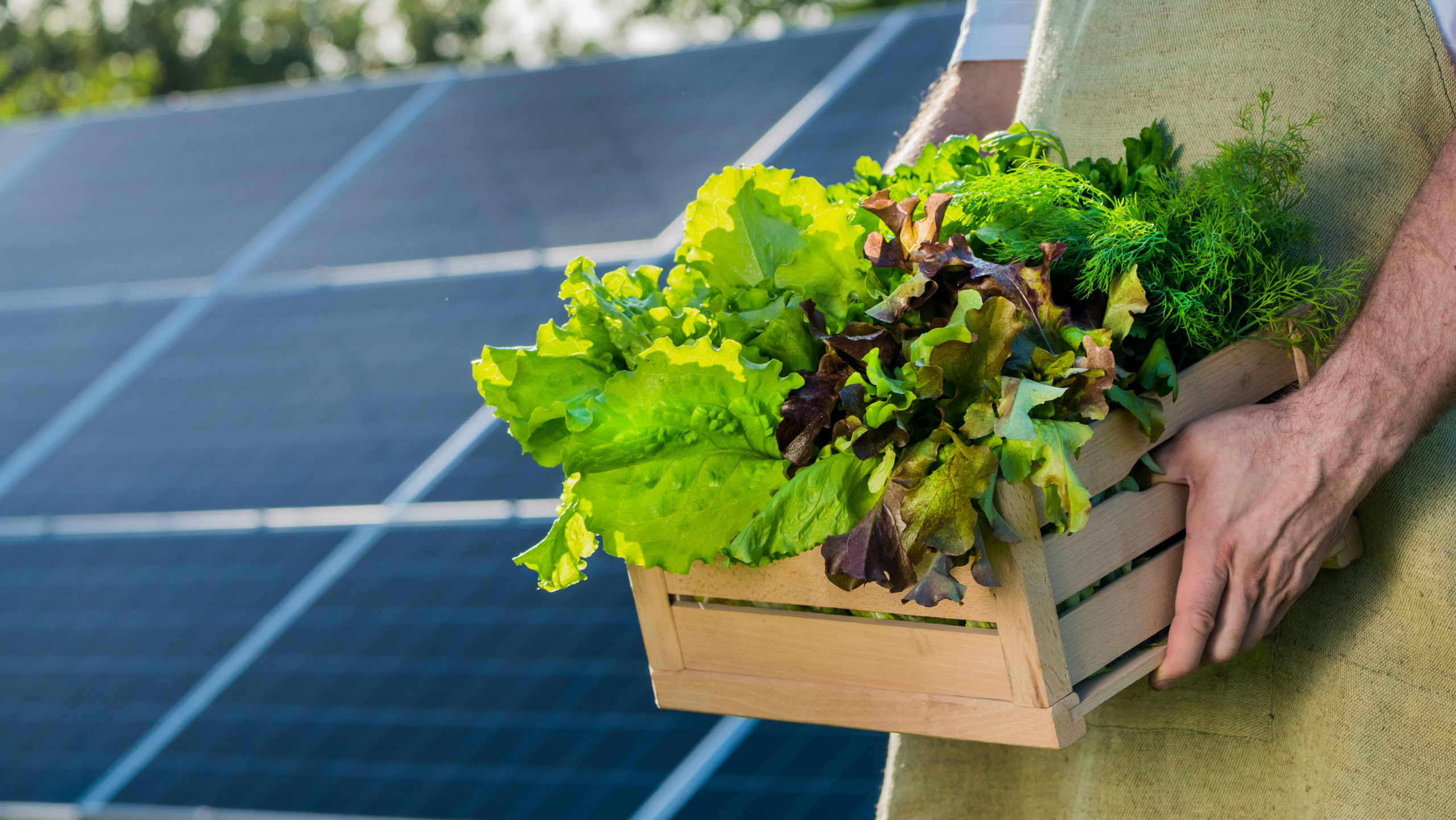 Researchers from the University of Cambridge have demonstrated that using tinted semi-transparent solar panels with crop production can increase profits and enhance crop nutrition. The technique, known as ‘agrivoltaics’, involves harnessing a portion of solar light to generate electricity via photovoltaic panels and allowing the remaining light to be used by plants in photosynthesis. Previously, semi-transparent solar panels used in agrivoltaics have absorbed light uniformly across the visible spectrum.

This research investigated the use of tinted photovoltaic panels that selectively absorbed blue-green wavelengths and allowed orange-red wavelengths to pass through to basil and spinach crops. Due to their photosynthetic pigments, plants absorb more light in the blue, orange, and red wavelengths and reflect the rest, which explains their green appearance. Despite a lower yield in crops due to the reduction in light intensity, a reduction in electricity bills from solar power generation gave a gross financial gain of 2.5% for basil and 35% for spinach crops. Additionally, the reduced light intensity enhanced the growth of protein-rich leaves and stems over roots. With the plant-based protein market forecasted to grow by 30% annually, agrivoltaics may increase in popularity as a technique for plant production.

Written by Shamil Shah, an MSci student in Physics (Natural Sciences) (Class of 2020) at Jesus College.