“Why should I make the data available to you, when your aim is to try and find something wrong with it?”

-Dr Phil Jones, head of the Climatic Research Unit at the University of East Anglia

Information is controversial. From Climategate to WikiLeaks, the issue of access to information has been forced to the forefront of public debate. But how should scientists deal with information? Should all scientific information be made publicly available?

In 1676 Robert Hooke published the anagram: “ceiiinosssstuv”. It was not until two years later that he revealed what he had discovered about the properties of elastic springs: “ut tension, sic vis”—as the extension, so the force. This seems bizarre practice to us today, but in Hooke’s time scientists commonly published their results in the form of a cipher; others such as Leonardo, Huygens and Galileo did the same. In doing so, they bought themselves time to work on their ideas without running the risk of being pipped to intellectual glory. 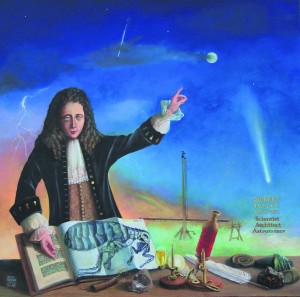 Robert Hooke is one of the leading figures of the scientific revolution. Hooke, like many others of his day, published his results in the form of ciphers to protect his discoveries


But science is no longer about hoarding your results until you have developed a grand theory to explain it all. Science today prides itself on large collaborations for the benefit of the whole of society. Meanwhile, the multimedia revolution, in particular the explosion of material in online blogs, encourages an ethos of instant access to all forms of information. This has been accompanied by an increasing political drive for ‘transparency’: openness has become associated not only with good science, but also with well-functioning democracies.

Indeed, there are persuasive arguments for open access to scientific information. It forces scientists to think about the best way to communicate their findings to those beyond the ivory tower. It also enables a much more complete peer-review process: absolutely anyone can check scientists’ conclusions against their original observations. Open access is useful for other scientists too. Scientists rarely publish the results of experiments that don’t work, believing that they lack impact. But there is often just as much value in knowing what does not work as in knowing what does. Scientists in another institution may waste time and money pursuing an approach which is known to be flawed, unless such information is made freely available.

The growing sentiment of the ‘public right to know’ culminated in the introduction of the UK Freedom of Information (FoI) Act in January 2005. The Act enables anyone to submit a request to a public body, such as a university, for any information they like. The institution must respond to any requests within twenty days and the request must ultimately be granted unless an exemption can be satisfied. Exemptions can be granted if the data is available elsewhere, intended for publication, deemed to prejudice public affairs or too costly to make available. The Act has had profound consequences for science. Some people claim that FoI requests usefully facilitate the much-needed move to greater openness, but there are also reasons to be cautious.

The leaked emails of the Climategate scandal revealed correspondence about FoI requests for data between scientists at the Climatic Research Unit at the University of East Anglia. In one such email Dr Phil Jones, head of the Unit, said “why should I make the data available to you, when your aim is to try and find something wrong with it?” Dr Jones was severely criticised for this position. What he says contradicts the accepted consensus that the peer-review process is a vital part of the scientific method; your science must be analysed critically by others to validate its truthfulness. Professor Paul Nurse, President of the Royal Society, goes further and advises that research scientists should be “the worst enemy of their own ideas”. A healthy sense of scepticism is what ensures that the majority of published science is accurate. 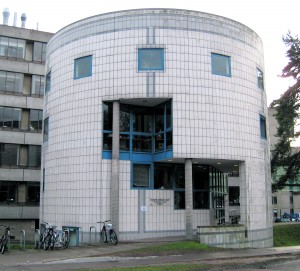 But Dr Jones was right to be cautious. Scientists are justifiably uneasy about sharing their work with the general public unless it is on their own terms, not least for fear of being misrepresented. Scientists had spent twenty-five years collating the data that was being requested. Dr Jones didn’t want to comply with vexatious FoI requests only to find untrained polemics throughout the blogosphere ranting about the data. On one particular weekend in 2009 Dr Jones received sixty FoI requests, each asking for data from five countries, listed alphabetically. Dr Jones had made mistakes in the way he had handled previous requests, but such coordinated hassling of scientists seems inappropriate. Climategate was a much-needed wake-up call for the scientific community, but amidst the ensuing arguments the focus was often lost. One commentator wryly summarised affairs saying: “are we more interested in reading scientists’ emails or in shaping the values that guide their work?”

Contrastingly, there are other academics who regularly use FoI requests to conduct their own research. Ironically, Martin Jones of Glasgow Caledonian University is using the FoI process to investigate how many vexatious FoI requests are received in the public sector! However, this phenomenon is largely confined to the arts. Academic scientists in the same discipline typically share data amongst themselves outside the FoI system and it would be considered poor form to do otherwise.

Whilst the arguments for greater openness are compelling, FoI requests are not the best method for broadening the uptake of scientific knowledge. The type of information that can be extracted via FoI requests is in some senses far-reaching, but in other ways inherently limited. What use is raw data to the general public if they don’t have the scientific training and expertise to interpret it? Although some of the eager journalists and sceptics out there are scientific experts, or at least well-informed amateurs, a large number of them are not. The latter are not in a position to confirm or challenge scientists’ conclusions. Worse, if a scientist’s job becomes simply to convey data from the point of observation to the public sphere, where it is then discussed by an army of unqualified bloggers, then there remains little incentive to become a scientist. The value of scientific training and the appeal of proposing and testing your own theories would be lost. 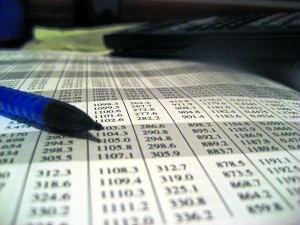 Rather than letting the mutually distrustful process of FoI hold sway, scientists should look for proactive ways to make their work available to the general public. Funding from research councils is increasingly contingent on some sort of data release scheme. A plan to publish data in the future avoids premature disclosure but ensures that the information will reach the public domain for those that are interested. Also, expert deliberations, for example discussions of the Intergovernmental Panel on Climate Change, should be made public events.

Some say that this engagement is necessary to ensure that science is socially beneficial. But such a utilitarian view of science serves to perpetuate the feeling that everyone has an immediate right to know. Instead, what must be cultivated is the opportunity for scientists to explain their research and why it is exciting in a respectful environment, with room for grown-up discourse on any potential points of disagreement. Scientific research should be made common knowledge not because of dictatorial policy, but because scientists want to share their fascination with the universe.